Just after Ghosthunt 1 was released, I never really expected it would get the amount of reception it did. In the weeks after it's release, I had already started working on the second - but this one was not intended for release. It was merely a project I was working on to keep myself busy and to satisfy my mapping cravings. I still wanted to maintain the idea of being in a spontaneous environment, and so I kept it related to Ghosthunt. I wanted to see how easy it would be to convey the same atmosphere in a completely different setting. After reviewing the reception, emails, comments and inbox messages from people about Ghosthunt 1, I thought perhaps it was time to really start working on a sequel. The following was scrapped and Ghosthunt 2 became what it is today.

What was Ghosthunt 2 originally?

In short, Ghosthunt 2 was going to take the same ideas from the first, and place them into a haunted mansion. 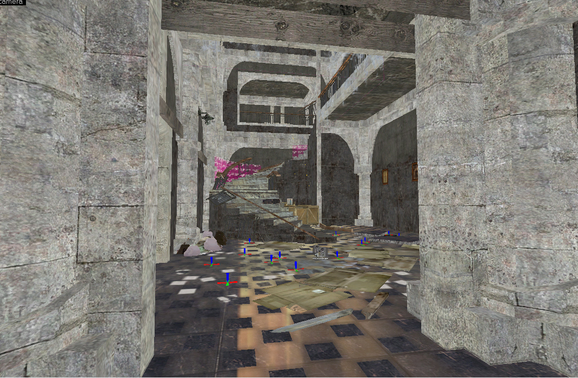 It was merely an idea to mess around with, and with the project itself I was not pressured with having to release it and so I was free to experiment at will. The creation of this map alone taught me alot about the kind of things that I wanted to do with these 'Ghosthunt' themed maps. 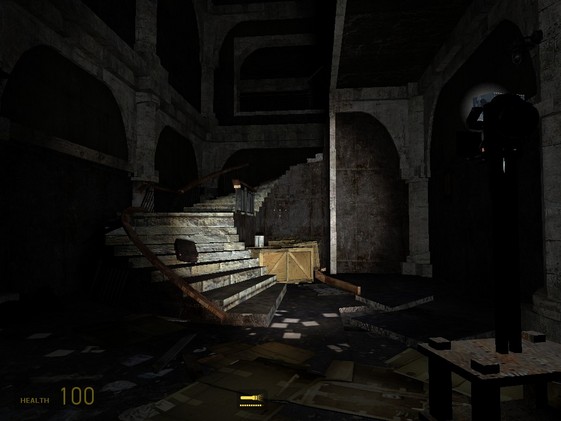 Soon enough however, I began to realise how difficult it was going to be to achieve the same level of atmosphere in this map than the first. The rooms were too small and the entire experience felt cramped. This is not what I wanted. Sure, I wanted to experiment with different types of environments that would give the player a mixture of stances - Small rooms and big rooms for example. This map however was limited to small rooms and tight spaces. There was no room for long corridors or anything of the kind from Ghosthunt 1. I tested this map a few times with a friend and we both agreed the whole experience wasn't as spooky as the first, because we were always concentrating on navigating the actual environment. 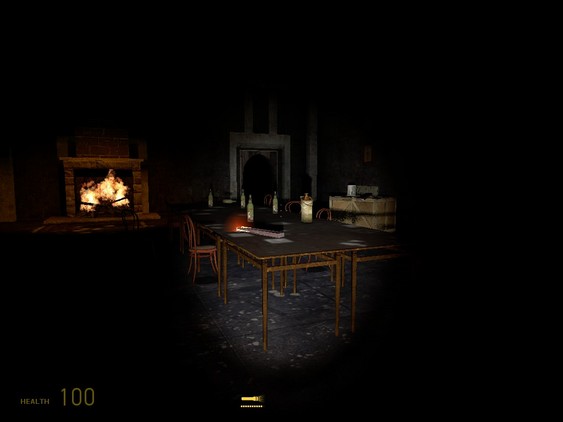 After establishing that the map would not be suitable for the theme, I decided to turn my attention to other matters. I wanted to develop a gimmick to co-incide with the use of 'gadgets' like the ghost detector. One of these gimmicks involved using a hot peice of wood to light up fireplaces around the mansion to create temporary light sources. It worked brilliantly and my testers described feeling claustrophobic in the larger rooms when the only light source they had was the fireplace. On observation they seemed to gather around the fireplaces in each room, not wanting to stand alone in the darker areas. The harsh light cut-off point for the fireplaces helped enhance these feelings, as the light from the fireplace covers a small, harsh radius to make you feel enclosed by the surrounding darkness. 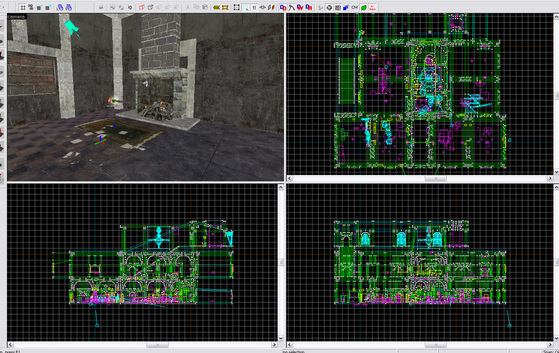 After a while, the map stopped compiling correctly. This was my fault. I'd tried too hard to make the map look presentable and I had too many brushes and lights - there was so much going on in this map. I had most of the events from Ghosthunt 1 re-implemented along with some new ones, plus the new gimmick I was working on and some experimental gadgets. All of this along with some complicated brush-base architecture. It was just too much for the engine. A sad ending - but lots of lessons learnt. Here are some more pictures - 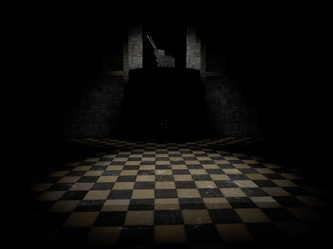 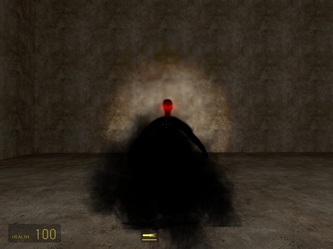 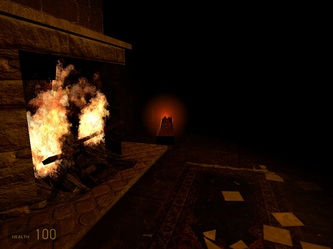 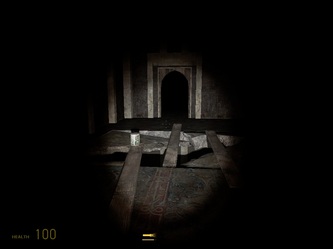 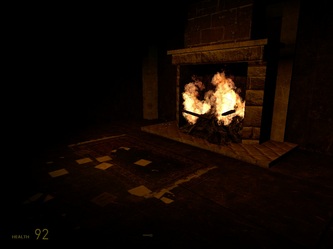 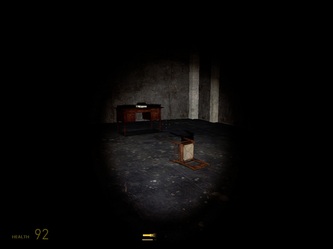 I've told few people about the 'old' Ghosthunt 2, and most say something along the lines of "Cool! A haunted mansion, you should have kept the idea!" and I have to agree, it sounds cool. But its way too cliché and too cramped! I wanted to do something different in a familiar environment. A mine shaft sounded perfect for the second Ghosthunt and so far I've not had many problems with it's development. It has the perfect blend of environments, large open caverns and tightly cramped spaces. I will always remember the old Ghosthunt 2 though - It taught me alot about the engine and it's limits.